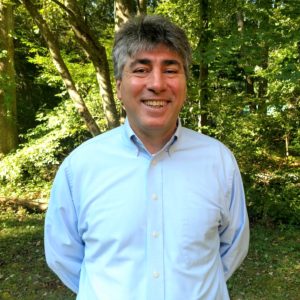 I’m fulfilling my dream of owning a specialty food business, and it’s been a fantastic adventure.

Prior to starting Frank Food, I worked as a nuclear technologist at the renowned Memorial Sloan Kettering Cancer Center for many years. But the lure of the food industry was hard to resist.

My fascination with the restaurant business began at 16 when I started working in the Long Island restaurant Scotch N Sirloin.

It was not long before I worked my way up the ranks to cook and eventually kitchen manager, where I perfected many of the sauces I created. My specialty, of course, was my cocktail sauce.

While attending college, I also worked at some of the most popular restaurants in New York City and Long Island, most notably Carmines in Manhattan, Peter Luger’s in Brooklyn, and Vincent’s Clam Bar in Carle Place.

These days you can find both the Original and Fresh versions of my cocktail sauce at many locations in Connecticut and New York, and the list of locations is growing all the time. I’m also proud to say that we have donated our cocktail sauces to the Connecticut Food Bank in the last few years.

Merlo’s Cocktail Sauce is a shout-out to my days in the kitchen, which always feels like home.